Leadership is the main pillar in organizing an organization. The success of Islam as a divine religion will no be separated from the personality of a figure who has high integrity and capability. Muhammad as a figure, the Prophet and the Apostle is a rule model in managing (designer) teliabel all forms of life from family, community to head of state. In Jalaluddin Rachmat’s pint of view there are two forms in dealing with Islam: both textual and the second contextual. The conceptual Islam is Islam contained in the Qur’an as a revelation whose truth will be left when the interpreters are able to understand it in the present context. While the actual Islam is a smart and brilliant idea how to display the figure of Islam is cool, harmonious, and full of peace. Showing such Islam is an unattached portion of a reliable managerial figure in which the pattern of enforcement of juistice as the basis of the all-embracing idealism has been termed by Kunto Wijoyo in which the managerial arrangement of social, political, managerial directed to a transformative order in which Islam and management constitute a united whole in order to organize social life. 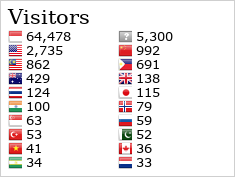