This study is to see the improvement of student’s writing skill on recount text for eight grade students of MTs Al-Khairiyah Pulokencana by using Inside Outside Circle Technique. The subject of this research is the students of Eight Grade of MTs Al-Kahiriyah Pulokencana which consist of 25 students. The method used in this study is Classroom Action Research (CAR) which the researcher works collaboratively with the observer. This study was conducted following kemmis with the following procedure of the research: Planning, Action, Observation and Reflection. The study carried out in two cycles and each cycle consist of two meetings. The observation and the test were the data gathered in this study. The results in this study indicate that there is improvement of the students’ skill in writing recount text. Most of the students gradually gained good score at the end of the cycle. The score of Minimum Mastery Criteion – Kriteria Ketuntasan Minimal (KKM) of English lesson was 70.00 (seventy).  The researcher analyzes the writing component containing content, organization, vocabulary, languge use and mechanics. The mean score in cycle I is 65,36 and the mean score in cycle II is 76. Based on the mean score of both cycle, the mean score in cycle II is higher than cycle I. So there is improvement of writing skill of the second grade students of MTs Al-Khairiyah Pulokencana after being taught by using Inside Outside Circle Technique. 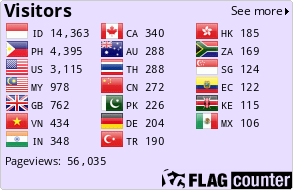