President Joko Widodo in tackling acts of bribery, finally issued Presidential Decree (Decree) number 87 Year 2016 About Clean Sweep Task Force on Illegal Payments. While in Islamic discourse, actually the act of illegal levies was known at the beginning of the development of Islam, this was later banned by the Prophet. By using the theory of takhrij, the author examines the hadiths related to illegal levies (al-Maks), using descriptive-analytic as the knife of analysis. From the various hadiths put forward, it can be said that acts of extortion include major sins, so that the perpetrator will not enter heaven, and he will go to hell. The severity of the sentence was caused by the act of illegal levies in which there was an element of injustice. As for the link between illegal levies and acts of corruption, that acts of illegal collection are part of acts of corruption in which there is an element of injustice. Both perpetrators of illegal levies and corruption, both of which are classified as people will not enter heaven. 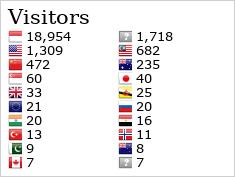 This work is licensed under a Creative Commons Attribution 4.0 International License.
INDEXED BY

+62 813-8187-1727 (Muhamad Alif)
holistic.alhadis@uinbanten.ac.id
© All rights reserved. This is an open-access article distributed under the terms of the Creative Commons Attribution 4.0 International License
Licensed under