This study aims to explain the influence of traditional games in developing plural intelligence in early childhood. Playing is fun, learning through games allows a child to learn in a natural way, where excitement creates optimal enthusiasm. Learning does not have to be done seriously and indoors, with full concentration, but can be done by playing adapted to the stages of development, abilities and behavior of children. Because children will play in the most appropriate way for the things they have to learn. This research is a qualitative research. Subjects were 25 early childhood children with two traditional games, Long se and Congklak. Data collection is done by observation, interviews, and documentation. Based on the results of the study it can be concluded that traditional games affect the development of plural intelligence of early childhood students. This is based on the results of the analysis of research data using the t test contained in the simple regression test obtained tcount = 3.755 while ttable = 2.069 at the significance level α = 0.05 with dk = 23 because it was obtained (tcount> t table). 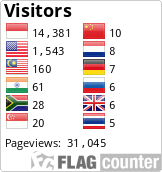